Tie a Knot and Go On—To Build a Better Future 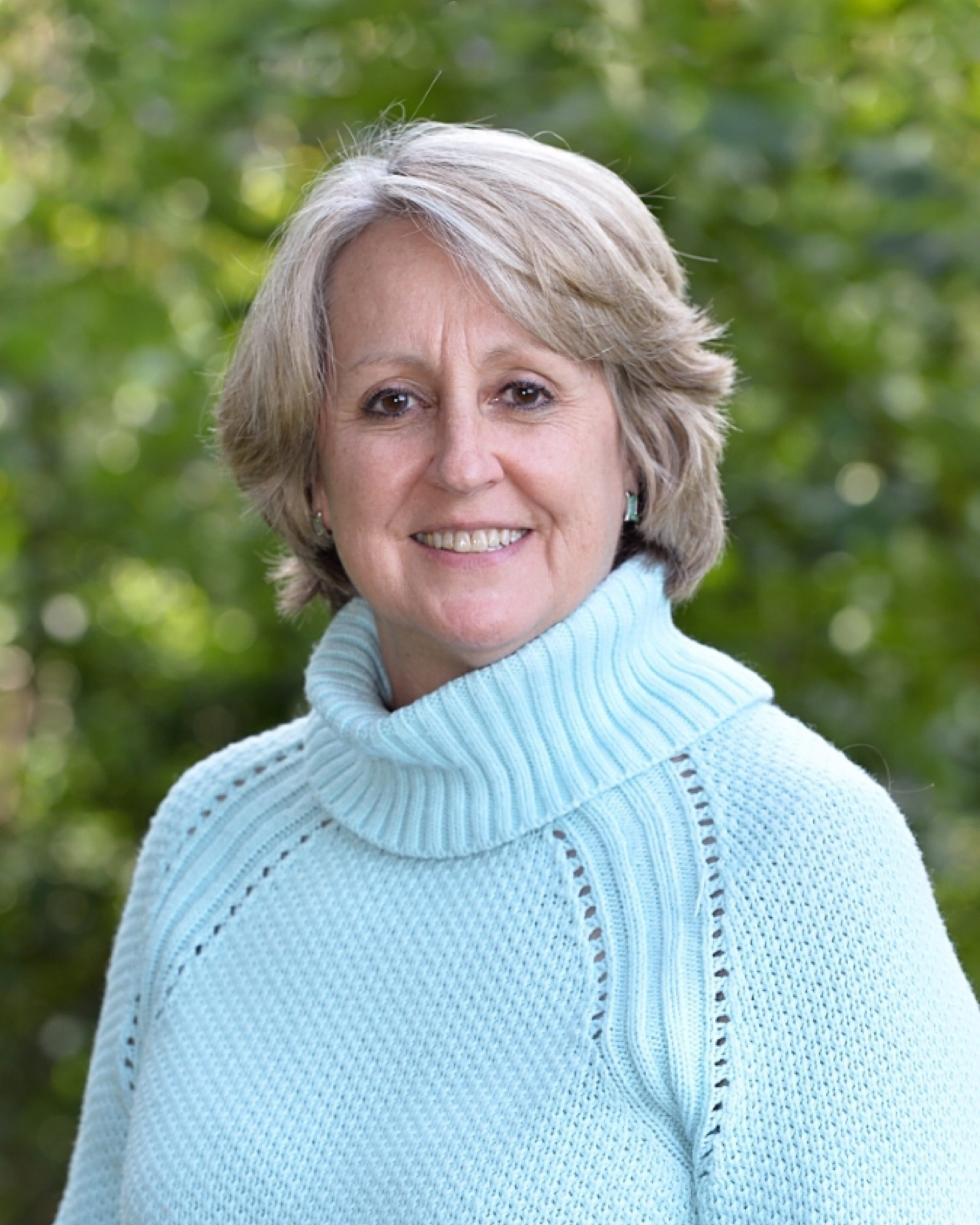 “They had incredible toughness, and a capacity for putting one foot in front of the other, until they arrived somewhere.  My mom often used to say, "You tie a knot and go on.”

From my own experience and as a historian, I am acutely aware that many of us in our generation have been spared the enormous trauma that was visited on our forbears with great regularity: devastating wars, crushing economic collapses, unexpected and cataclysmic natural disasters, and calamitous pandemics. My mother grew up in extreme poverty during the Depression, unable to leave their 2-room apartment in Brooklyn during the summers because of the daily death toll from polio. She lost her childhood sweetheart and fiancé in WWII before marrying my father, and their first apartment was a cold-water tenement flat with a shared bathroom. My father had encephalitis as a toddler, which left him with permanent paralysis (Bell’s palsy) in his face, lost his mother when he was 14, and was drafted at age 19, pulled out of his first year in college straight to the front in Europe. He was severely wounded in the Ardennes offensive, and spent a year in VA hospitals on his return stateside. He had many pieces of shrapnel in his body that could never be removed, causing him pain and inflammation for the rest of his life (not to mention the inconvenience of having to explain every time he went through a metal detector).

Nonetheless, my parents were energetic and optimistic, believing that people working together had great power to make the world better. One of my father’s favorite aphorisms was, "Great are the uses of adversity." This week in The New York Times, Madeleine Albright has a (much more) eloquent letter on this same subject, reminding us that the capacity for resilience is baked into who we are as human beings, and "…that we are a lot tougher and more capable of moral courage than cynics suggest, and that we benefit from the survivors among us." No one wishes to live through dark times, but we are up to the challenge, and we and our children can use what we learn to build something better for the future. 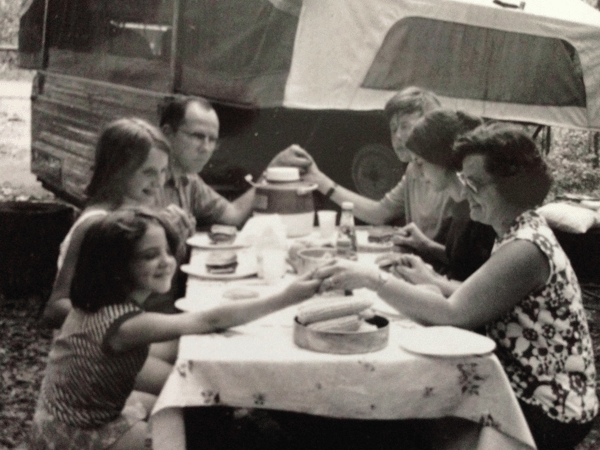 When asked to provide a few images from her family's history, Jane further added:

"We don't have a lot of photos from their early years. One is a wedding photo from 1950. There's also one of those awful 1960s Christmas photos of our family (1964, probably, from the age of my younger sister). I have one photo of my dad at around age 5, on a pony, and one in uniform; from basic training—no dignity there, but a certain ferocity. He had one semester of pre-med, so they made him a medic. There's also one of my mom, labeled "age 8." She looks wistful. This litany of trials may make them sound tragic, but they weren't. They had incredible toughness, and a capacity for putting one foot in front of the other, until they arrived somewhere. My mom often used to say, "You tie a knot and go on."

St. Luke’s is a private, secular (non-religious) independent school in New Canaan, CT serving grades 5-12. St. Luke’s mission: An exceptional education that inspires a deep love of learning, a strong moral compass, the commitment to serve, and the confidence to lead. Schedule a visit today!

Jane Olsen
Jane Olsen joined St. Luke's faculty in September 1999 as a fifth-grade teacher and retired in 2021. A recipient of the Edward Blakely Distinguished Faculty Award (2009), Jane loved teaching students at this point of wonder and discovery—as they begin to grapple with big ideas. 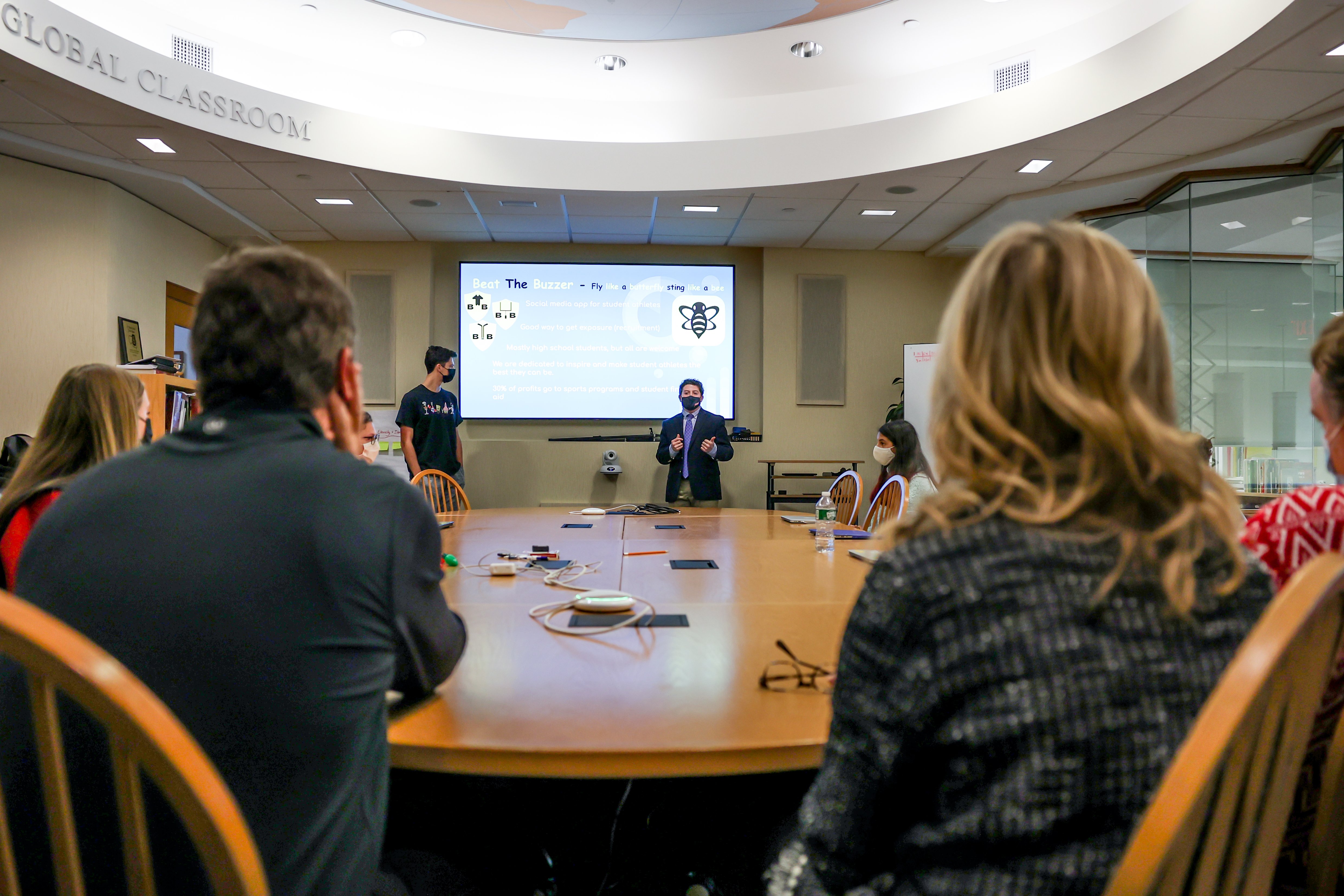 Leadership Lab: The Confidence to Launch