For several years now, you’ve heard me emphasize the importance of civil discourse. Perhaps ad nauseam, I and others at St. Luke’s have said we want students and adults to practice engaging with each other on difficult topics and issues, disagreeing with civility, and learning to listen carefully to those whose views differ from our own, including views that make us uncomfortable. That’s hard work, and not everyone agrees we should do it.

Some feel that middle and high school students shouldn’t be made uncomfortable by being exposed to certain topics, while others think biased adults will be unable to facilitate such discussions without imposing their own views on students. Still others feel that certain topics are necessary to explore because of their psychosocial impact on certain student identities. These are reasonable concerns, and reasonable people can debate the proper role of a school, the best methods to help all students feel comfortable sharing their views and learning from others, or whether we have handled a particular topic with fairness and balance.

On Thursday, October 22nd, under the auspices of the Center For Leadership, students, teachers and staff saw an example of civil discourse when they watched Ari Fleischer (St. Luke’s parent and former White House Press Secretary to George W. Bush) and Congressman Jim Himes in a conversation moderated by Alisyn Camerota (CNN anchor, co-host of New Day and St. Luke’s parent).

The fifth, sixth, and seventh grades joined the first portion of the conversation, in which they heard Mr. Fleischer and Congressman Himes talk about why they chose their political party and what it means to them to be a Republican and Democrat. For the rest of the hour, the panelists discussed other topics, skillfully moderated by Ms. Camerota, disagreeing pointedly in several instances while demonstrating that disagreement - even on serious issues - doesn’t have to devolve into yelling or personal attacks. I hope you’ll watch the video.

I also hope you’ll agree with some of the things you hear and disagree with others. That’s the whole idea.

As both Head of School and a former American History teacher, I watched this remarkable conversation with both pride and discomfort. I was proud that we deliberately created a learning opportunity for our students and community to observe civil discourse, and I was discomfited by comments I saw as counterfactual - historically and in our current world - and that I knew would land painfully with various members of the St. Luke’s community, especially people of color. I found the experience a test of my own ability to listen compassionately and to embrace disagreement, including opinions that generate an emotional response in me. I wondered: “Can I walk the walk?”

In the video you’ll see the panelists speak to several issues and topics, including the history and impact of systemic racism. I believe an objective reading of American history reveals clearly the centuries-long systemic racism that has not been erased - despite more recent civil rights gains - and continues to reverberate in 2020. I also know that not everyone agrees with me, either because they read history differently or because they don’t see or understand the nature and impact of persistent racial inequities. I’ve also learned, sometimes painfully, that even the most sincere attempts to share differing opinions with respect and civility can leave people reeling. Some statements, made in good faith and with no intent to do harm, can nevertheless do so.

Unfortunately, that is often the case when discussing systemic racism, which we are committed to understanding in its historical and contemporary manifestations and its role in the lived experience of people of color, here at St. Luke’s and beyond. To deny that systemic racism exists is to deny the lived experience of most people of color. As a person who identifies as white, I have to work extra hard to see it, and even though I work hard at it I’m more often blind to it than not. I’m grateful to have colleagues who point out my blind spots, courageously, lovingly, and in the spirit of James Baldwin’s words:  “If I love you, I have to make you conscious of the things you don’t see.”

More famously, Baldwin said, “Not everything that is faced can be changed. But nothing can be changed until it is faced.” Among other goals, the St. Luke’s Mission, Community Goals For Learning, and Honor Code - in other words, our purpose and our values - compel us to be open-minded and to seek truth and understanding. Sometimes such being and seeking means that we hear hurtful things, from which it can be hard to recover and which can make us feel like an unwelcome or unseen guest rather than a full community member. And sometimes such being and seeking asks us to challenge our long-held beliefs, to look deeper and more critically into the stories we’ve always told ourselves, often without even knowing it.

And so, as I wondered if I could “walk the walk” of civil discourse, I saw that also meant asking a related question: “Can I walk the walk of being more inclusive and striving to be anti-racist?” Doing so, I realized, requires a willingness to step outside of my comfort zone, to recognize that my impact on others matters more than my intent. It also requires knowing that civil discourse requires neither agreement nor comfort. In fact, it’s in the disagreement and discomfort that learning occurs.

In that spirit, let’s embrace the St. Luke’s motto by entering to learn with curiosity, open-mindedness, and a willingness to be personally accountable for our actions and impact.

Mark Davis
Mark Davis has been the transformative Head of St. Luke’s since 2002. Known for his ability to inspire innovation while preserving tradition, Mark has been at the helm of St. Luke’s exceptional rise. As a forward thinker, Mark focuses on what students will need to thrive in the future. He writes often about ethical leadership, deeper learning, and mindfulness in education.

We See As We Are

By Jacqueline Nelson: Director of Equity and Inclusion 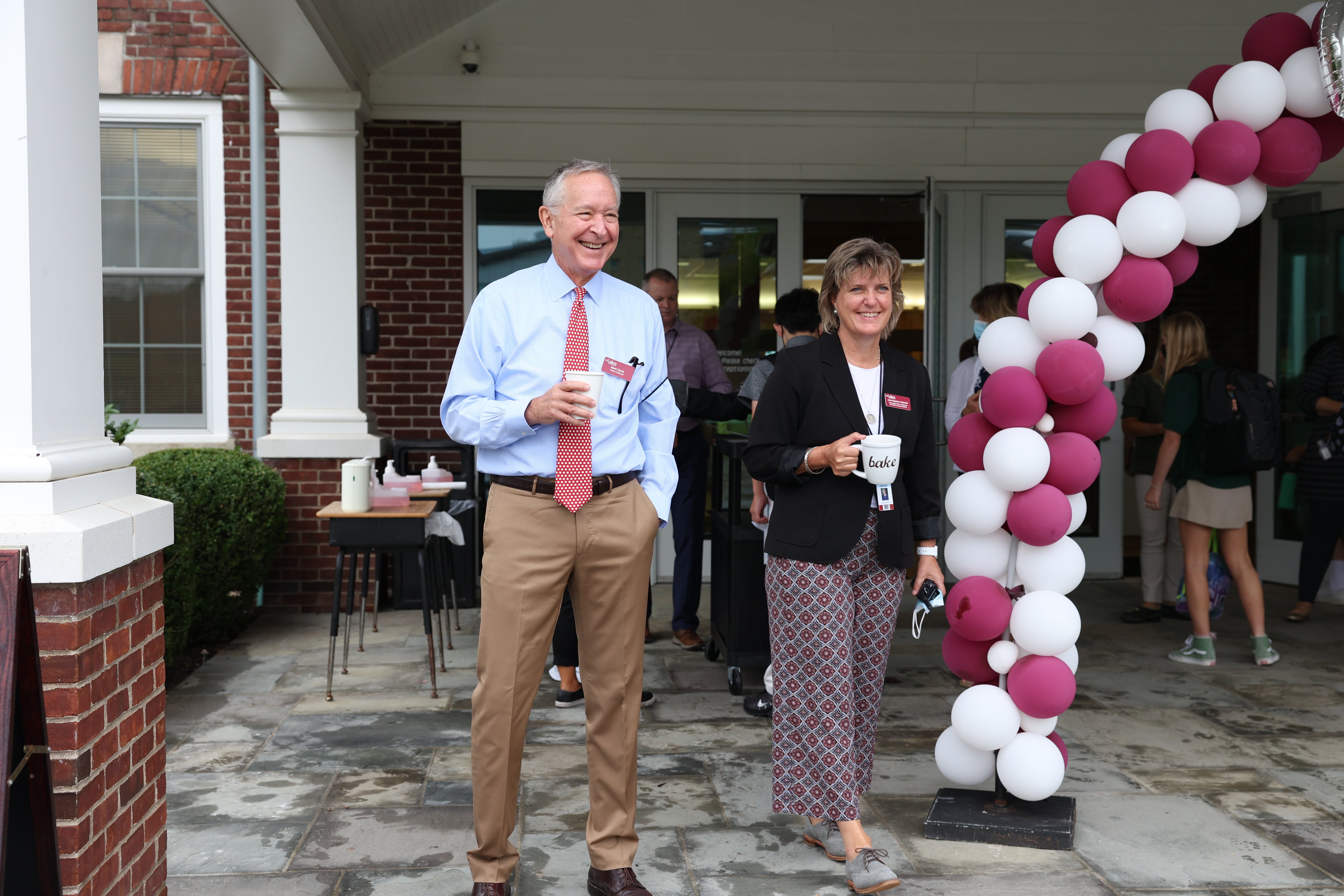 The Compounding Interest of Kindness