The Right to Differ

As I write this, white nationalist Richard Spencer is speaking at the University of Florida. University President W. Kent Fuchs did all he could to prepare his campus and his students. You can hear his calm, clear, loving message to the community here.

Although Spencer is the antithesis of the University’s mission and values—Fuchs recognizes that he should be allowed to speak.  In fact, Fuchs models that freedom of expression does not end when one becomes uncomfortable or dismayed, or even physically sickened by another’s belief or message.

Feeling upset, challenged and disturbed by others’ words or actions tests our moral courage, our values and our love of learning.

In 1943, Supreme Court Justice Robert H. Jackson wrote the following regarding students’ right to not salute the flag:

“To believe that patriotism will not flourish if patriotic ceremonies are voluntary and spontaneous instead of a compulsory routine is to make an unflattering estimate of the appeal of our institutions to free minds," Justice Robert Jackson wrote in his majority opinion.

The concept of freedom of expression is clear in theory, but keeping your calm while hearing views and values at odds with your deepest beliefs can prove tricky. This is why we practice.  The Upper School creates times for students and teachers to put our Community Goals for Learning into action.  This includes honest conversations around charged issues. We believe civil discourse is a skill—one that can and should be honed through experience.

I attended a Dive In yesterday. It was a packed room for the topic: Taking a Knee. The question posed: Is taking a knee an acceptable form of protest?

Among the first to express an opinion was a young man from a military family. He felt this form of protest disrespected the flag and therefore the very people who sacrifice so much. He made clear that he agreed police brutality should be protested and stopped, but suggested there might be more effective ways.

I listened as another student, also from a military family, expressed how “gray” the issue was for her. She respects what athletes and others who kneel are trying to accomplish. Yet she also feels the pain of those offended by a perceived lack of respect for the American flag and anthem.

Several students see kneeling as a peaceful method of drawing attention to a crisis. As one young woman said (I’m paraphrasing): Didn’t they fight so we could be free to express our opinions? Aren’t people who kneel using the very rights our soldiers fought for?

This was not a debate. There was no winning argument because these young women and men were not there to argue—their goal was to understand one another. They were there to share their voices and listen, really listen, to others.

As this Dive In concluded two students from completely differing views hugged. I heard one say to the other: “My brother.”

Students have been asking me, “What would happen if a student takes a knee during the national anthem at Homecoming?”  I have told them I support their right to take a knee just as I expect them to support my choice to stand. The United States Constitution protects our students’ right to protest peacefully, as does the St. Luke’s Mission: “An exceptional education that inspires a deep love of learning, a strong moral compass, the commitment to serve, and the confidence to lead.”  At yesterday’s Dive In, I watched students living the mission with courage, grace and respect for each other’s opinions. What more can we hope for in school?

Our highest calling in school lies in giving students the opportunities and the tools to learn, to develop their minds and their hearts. I hope every member of the St. Luke’s community can respect the rights of all members to peacefully express themselves. If you disagree with what you hear someone say or do—please don’t be silent. Instead, respectfully share your perspective with the person or people with whom you disagree. If the students at the Dive In are an indicator,  they are ready to listen.

Mark Davis
Mark Davis has been the transformative Head of St. Luke’s since 2002. Known for his ability to inspire innovation while preserving tradition, Mark has been at the helm of St. Luke’s exceptional rise. As a forward thinker, Mark focuses on what students will need to thrive in the future. He writes often about ethical leadership, deeper learning, and mindfulness in education. Mark is a member of the National Association of Independent School (NAIS) Board of Trustees. 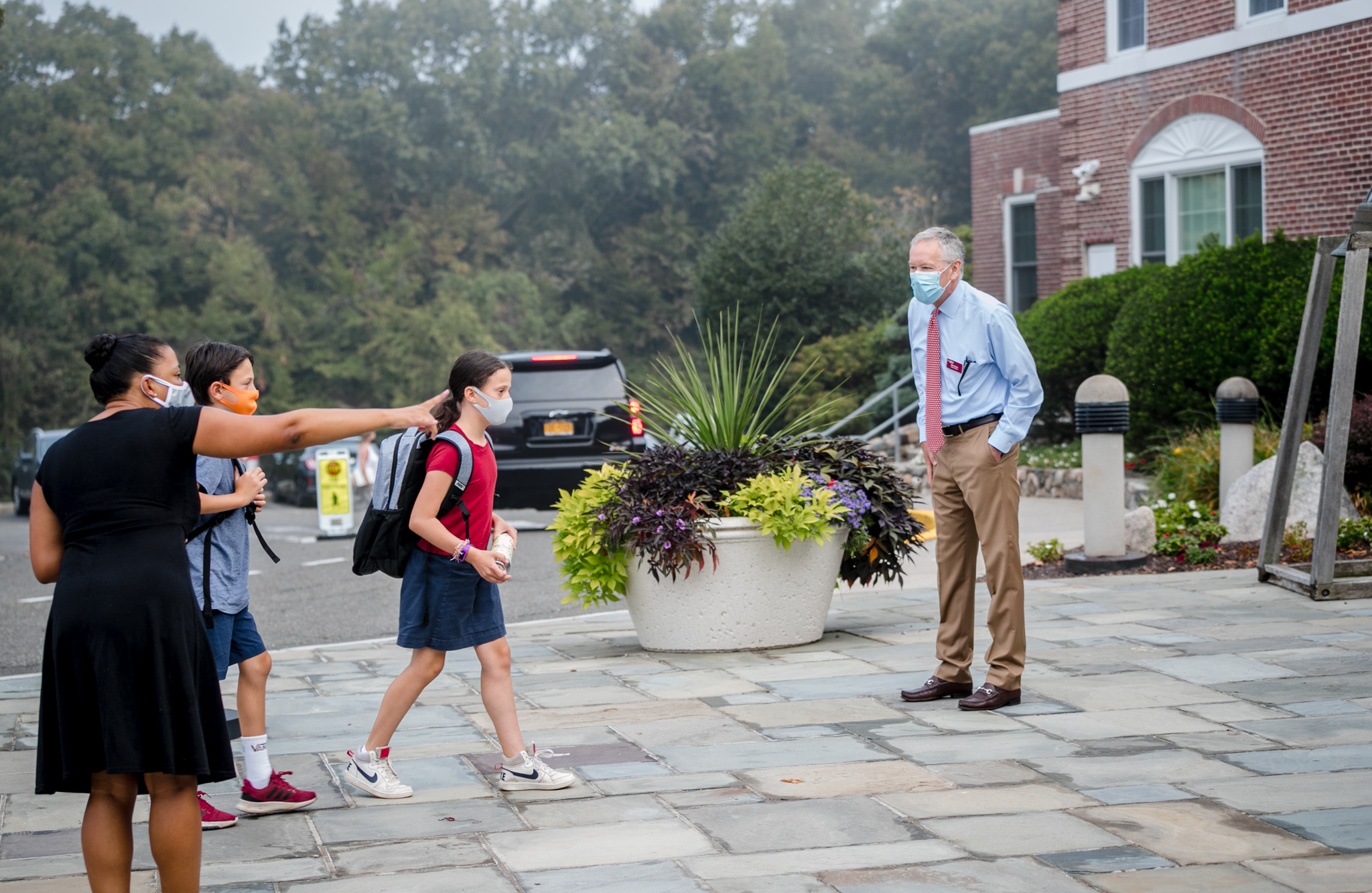 Faith & Facts: Leading Through a Time of Crisis